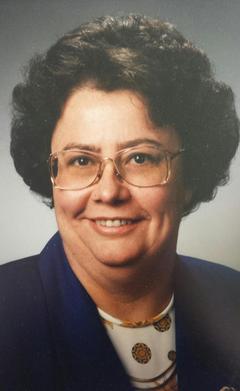 Sue Houghton, a lifelong advocate of children and public education, passed away on June 28, 2017.

Sue was an elementary teacher in Central Dauphin School District for 35 years, where she also served her local association as a building representative, local president, and eventually a Southern Region leader. Sue went on to serve the Association as PSEA’s treasurer and vice president.

“We’ve lost a tireless champion for our students and our schools,” said PSEA President Jerry Oleksiak. “PSEA thanks her for a lifetime of service to public education and our Association.”

Sue’s efforts to advocate for students and her profession continued into retirement, where she served as Southern Region president of PSEA-Retired.

She helped to spearhead Southern Region’s fundraising efforts for the Ronald McDonald House of Central Pennsylvania to assist families of seriously ill children who are being treated at Penn State Health Children’s Hospital.

Many friends and colleagues noted that Sue’s dedication to her profession often involved work in politics and advocacy.

“She was extremely active in politics. She didn’t hesitate to go and meet with legislators about issues that affect public schools, and worked to elect pro-public education candidates,” said Chuck Endlich, president of Southern Region PSEA-Retired. “Even in retirement, she was an active PSEA-PACE contributor and stayed involved in political advocacy for as long as she could.”