Gov. Tom Wolf is proposing an increase in Pennsylvania’s minimum wage to $12 an hour. The minimum wage has been at $7.25 an hour since 2009, despite rising costs since then. Meanwhile, more than half of the 50 states, including all of Pennsylvania’s neighbors, have raised their minimum wages. 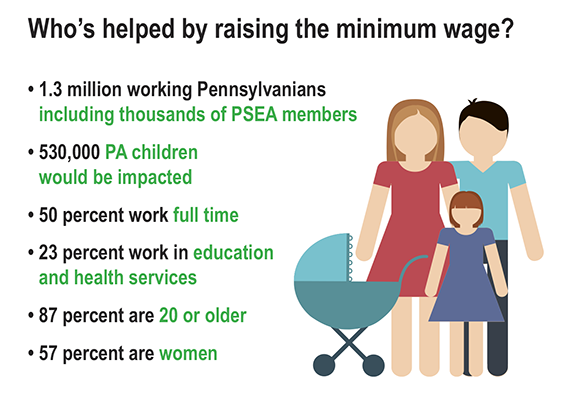