Korri Brown, a high school emotional support teacher from the Kennett Consolidated School District, is PSEA’s new vice president. The Board of Directors elected Brown on Nov. 29 to fill the position left open when Rich Askey, who served as VP beginning Sept. 1, 2017, became president following the death of Dolores McCracken earlier this month.

Brown has taught at Kennett High School for 17 years and has served as PSEA’s Southeastern Region president since 2013. She has been a member of the PSEA Board of Directors since 2011. 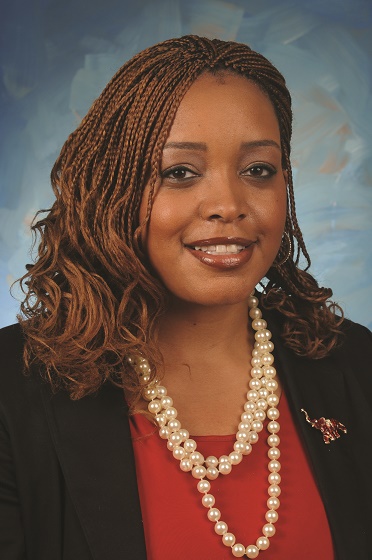 “I’m grateful and honored that my colleagues on the PSEA board have confidence in me,” Brown said. “I will work as hard as I can to represent the interests of every PSEA member and every student in Pennsylvania.”

“Korri Brown is a strong leader and a good friend,” said PSEA President Rich Askey. “She will be an outstanding vice president, and I am so glad that she is part of our statewide officer team. She’s going to do great things for public education.”

Pursuant to PSEA’s constitution and bylaws, the PSEA Board of Directors holds elections to fill vacancies in the office of vice president. The PSEA House of Delegates will elect a full officer team during its regular meeting in May 2019. Officers elected during that House of Delegates will begin their two-year terms on Sept. 1, 2019.